Today I want to talk about three things that are important to me: Education, empowering others, and changing the world. I know it sounds very ambitious but it’s simpler and much easier than you might expect, so please bear with me.

Last Sunday I sat down for coffee with my neighbor and good friend Amos Funk. He’s an amazing musician; you should really check his stuff out . I love our hangouts because our conversations always end up being very inspiring or at least thought provoking (for me at least).

The education system and the human potential

So this Sunday we got to talking about the education system and the human potential.

i’ll admit I’ve been reading Ken Robinson’s book ‘Out of our minds’ so some of the ideas probably got ‘incepted’ in me. Ken Robinson, who defines himself as an educationalist, is a very smart man who dedicated his life to the education system and was even knighted for his service to education in 2003.

In his book, ‘Out of our minds’ Ken talks a lot about the educational system not being prepared for the real change the world is going through. These days creativity, empowering original ideas and entrepreneurship are more important than ever before. Mean while the education system still treats kids and itself as a servant of the Industrial evolution that took place in the 19th century. 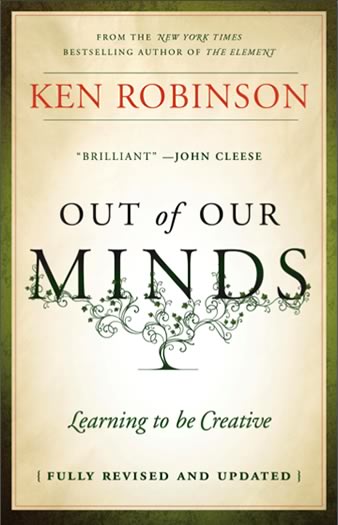 Ken Robinson – Out of Our minds

The world is now progressing faster than ever before and the educational system and our perception of what is “good education” haven’t caught up yet.  So with those ideas in mind Amos and I started talking about the education system and our personal experience with it. Don’t worry, you’re still reading the right post, it all connects in the end and will definitely effect the way each one of us lives their own life. Promise.

If I have to identify three major faults in the educational system it’ll probably be these three:

1. It’s completely theoretical, and has nothing to do with daily modern life as we know it.

2. Sometimes it’s overwhelmed and under equipped  (In Israel there’s a standard of 40 kids per-class, that’s a lot!). So it can’t actually deal with each kid’s personal needs and sometimes doesn’t have the needed financial resources

3. It deals with standardization rather than empowerment.

We started out thinking about what kids really need to learn in school these days to actually have the right set of tools to go through life.  Sure, kids still need to know their math, literature, science and the basic stuff they’re already learning. But none of this stuff will actually be helpful when they’re trying to make a living, or go out and impact the world. These days it might be more important to teach kids to work a computer, learn the basics of code, the basics of design and Photoshop, how to handle finance, how to start a company and other success stories.

Here’s the real catch though. Kids always learn about the people who made it big but are oppressed when doing the same. Here are two quotes most kids hear while growing up that screw them up for life:

1. You can be whatever you want when you grow up, if you only want it bad enough – That’s bullshit. You can do and be whatever you want in life if you commit to it, put your focus into it and work real god damn hard. Wanting something is your first step. It may be the incentive to work hard. But it’s surely not what’s going to get you there.

2. You’re special – I actually love this sentence. I wish people would say that to each other every day. The thing is, after that sentence has been said, everyone will do whatever they possibly can to stop you from doing something that will help you embrace your specialty and uniqueness. ‘Sure you can be a musician, just do your math first”. ‘You are very talented but your grades are not good enough”. “You are special but you should always follow the same life routine as everybody else and follow the consensus”.  That’s what fucks us up.

To do something extraordinary you need to have the guts and the support to do so. Do you know why the best athletes didn’t get good grades in math? Because they were focusing on what made them really special. Trust me, LaBron isn’t worried about math. 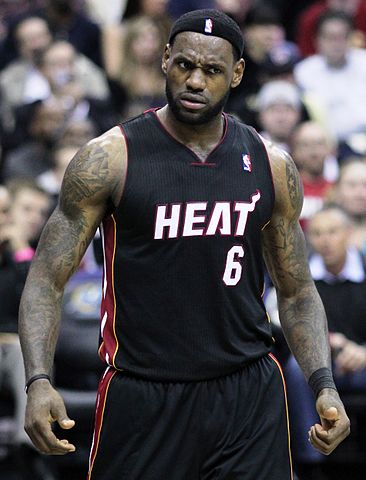 I’m not saying every kid who fails school is an unsung genius, but I sure won’t say that’s a sign of them not being smart. Sometimes it’s just a matter of the right incentive. Guess what, grades are a crappy incentive.

Implementing real changes into the educational system curriculum is a long and costly process. As always, I needed clear insights on what can be done right now. Something that can help teachers or principles change their pupils life right away without having to wait for a big reform in the educational system and can be used even when having to deal with 40 kids in one classroom.

Here’s where you come back into the picture (I promised, didn’t I?). Everything I say here about the educational system, will actually work in your everyday life. If you talk, treat and address people with seven methods – I promise you’ll see the world and the people around you change into something amazing.

7 things you can do right now to make the world a better place without actually doing anything at all:

1. Empower to create and explore – Encourage others to create, to try new things. Don’t say “You’re special” or “You have potential”, help them get there! Don’t tell them why they can’t do stuff, or why stuff won’t work. Encourage by empowering, not by saying “You have so much potential and you’re wasting it”. Actually talk in a way that will encourage people to be a better. That’s all.

2. Stop labeling failure as bad – Failure is awesome. It’s part of the process. It’s what you sometimes get for trying. Labeling failures as bad instead of as a learning experience cripples people. It cripples them so much that they lose the chance to actually try something new, raise their hand to answer questions in the classroom or simply hate math and learning. Because when you learn new stuff – you’re going to fail. And that’s great as long you don’t feel ashamed about it, but take that experience and learn from it. Failure is an opportunity..Stop using it as a threat. If you fail too much they’ll kick you out of school. That’s the worst example for empowering someone EVER. That’s horrible period.

3. Let them think different – Here’s the thing about most grown ups. We’re tired and exhausted. It’s harder for grown up to learn new things. That’s a fact. Instead of forcing our knowledge and beliefs encourage students to think of their own magnificent answer. If the final answer is wrong, think about the process they made and what’s the strong points of their arguments and why. I bet they’ll surprise you most of the time.

4. Encourage them to be better. For them – Don’t talk about grades. I don’t talk about raising my grades up for school. Though I would love to know what I can do to be a better me.  Not by punishment but by empowering me. I want to feel great about what I do.  Not get a better grade. Talk to me how to be a better me through math or science.

5. Disable shame and anger – Here’s the thing about failure. The reason it’s so hard is that it makes us embarrassed about ourselves. Sometimes frustrated and angry with ourselves. Failure is labeled as bad so every time we fail, we feel shame and frustration with ourselves. We don’t want to tell our friends that we failed because we’re ashamed. What if every kid talked about ‘What he failed in today’ and let the class help him work it out. Every kid must participate so there are no losers anymore, because we learn that we all fail sometimes and that’s ok and that there is no shame in that. That will make us braver and more adventurous.

6. Talk more about the process – Teachers hate talking about the process. About the sacrifices and long and winding road amazing people took to get to where they are now. We just talk about how successful and brilliant they are. That is bad education. Learning only about success without understanding the process behind it is telling the kids “if you’re not amazing right now, you’ll never be”. Lets talk about Dylan sleeping in his car before we start talking about ‘Highway 61 revisited” ok? Lets talk about how Pixar threw away half of the original Toy Story movie just to portray Woody as a nicer character. Talk about how long Twitter existed before anyone cared about it.

6A. Talk more about the process (micro) – Lets talk math for a second. Most of the kids that don’t get math usually fail for two reasons: They don’t pay enough attention to details so they miss a math rule or make a mistake in calculations. The second part simple don’t get the thought process behind the question they are trying to solve. Always try to break down the process and beliefs into smaller segments so you can understand what concept or what part of the process the kid doesn’t understand. The problem is never the question but the way of thinking about it. Focus on that more than the final outcome.

7. Challenge everything – Steve Jobs said once that the second you understand that everything you see around you and that you take its existence for granted, was actually made by someone probably not that smarter than you, the world becomes a very interesting place. That’s what you should teach your students. Don’t talk to them only about the bottom line, or say ‘That’s the way it is”. Allow them to challenge the process or assumptions. They might be wrong more often than not, but failure is a part of the process and to keep experimenting till they find what works for them will make them better because they’ll get to be active in their life and learning.

These 7 principles apply to education, by they also apply to any human interaction. Want to make the world around you great? You want to be surrounded by empowered, happy , productive people? Use these 7 principles. You’ll see and feel the change in no time.